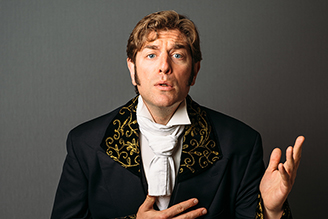 
It is a truth universally acknowledged that an actor in possession of a woman’s story must be in want of a wife--to help him adapt it. Charles Ross, (One Man Star Wars, LoTR, Batman) tackles the greatest romantic comedy, Pride & Prejudice (Jane Austen): the intrigue, dancing, proposals, are given the one man once-over.